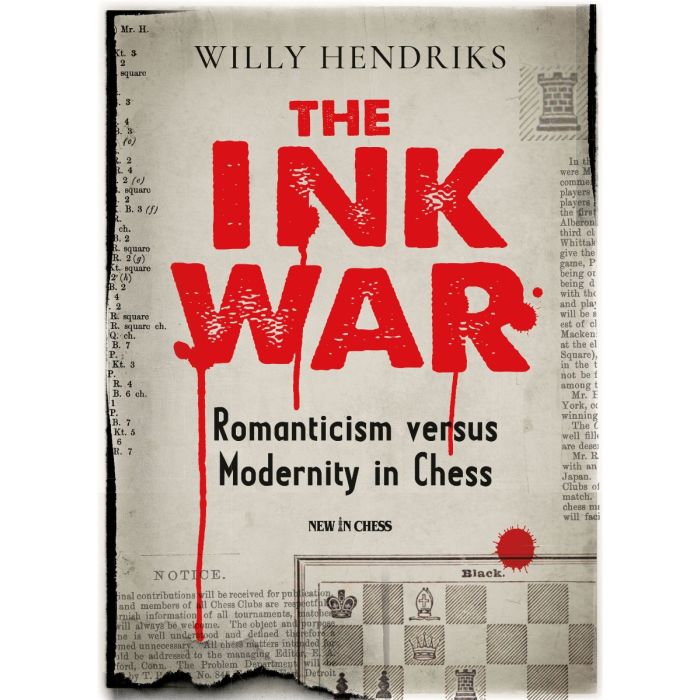 For the first 100 customers who order a hardcover edition, this copy will be signed by author IM Willy Hendriks himself.

The rivalry between William Steinitz and Johannes Zukertort, the world's strongest chess players in the late nineteenth century, became so fierce that it was eventually named The Ink War. They fought their battle on the chessboard and in various chess magazines and columns. It was not only about who was the strongest player but also about who had the best ideas on how to play the game.

In 1872, Johannes Zukertort moved from Berlin to London to continue his chess career. Ten years earlier, William Steinitz had moved from Vienna to London for the same purpose; meanwhile, he had become the uncrowned champion of the chess world. Their verbal war culminated in the first match for the World Championship in 1886.

Zukertort is certainly the tragic protagonist of this book, but is he also a romantic hero? He has often been depicted as a representative of romantic chess, solely focusing on attacking the king. Steinitz is said to have put an end to this lopsided chess style with his modern scientific school. This compelling story shakes up the traditional version of chess history and answers the question which of them can claim to be the captain of the modern school.

With his first book, Move First, Think Later, International Master Willy Hendriks caused a minor revolution in the general view on chess improvement. His second book, On the Origin of Good Moves, presented a refreshing new outlook on chess history. In The Ink War, Hendriks once again offers his unique perspective in a well-researched story that continues to captivate until the tragic outcome. It gives a wonderful impression of the 19th-century chess world and the birth of modern chess. Hendriks invites the reader to actively think along with the beautiful, instructive and entertaining chess fragments with many chess exercises.