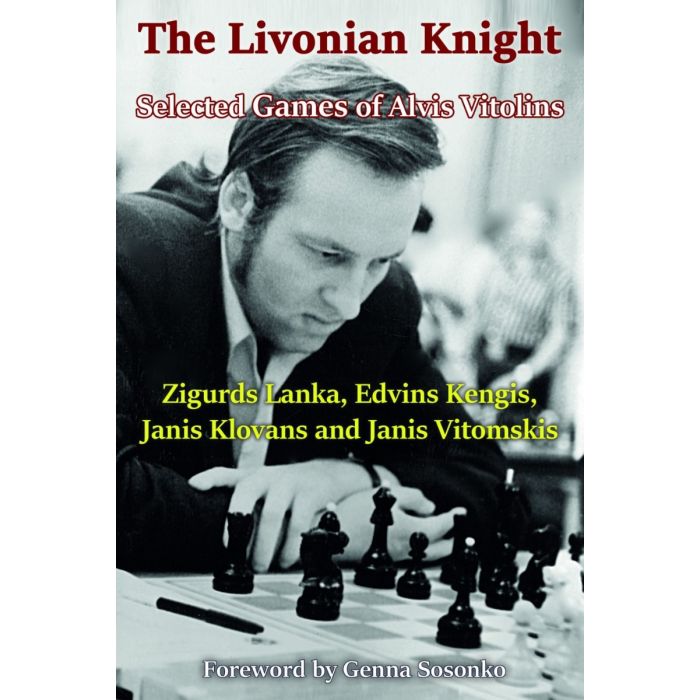 Alvis Vitolins (1946-1997) was a seven-time chess champion of Latvia, a player with a ferocious attacking style, and one of the game’s last true openings innovators in the pre-computer age. He was a world-class blitz player and was a regular blitz sparring-partner of his friend, world champion Mikhail Tal.

Vitolins often deployed gambits, and his attack-minded novelties in the Ruy Lopez, Sicilian, Nimzo-Indian and Bogo-Indian set trends that were copied at top-level chess, including in world championship and candidates matches. He gained the International Master title in 1980.

Through an analysis of 25 of his most exciting games, this book, first published in Latvia in 2008, tells the reader of Alvis’s chess legacy, which includes many breathtaking Talesque sacrifices. Additional full games and fragments from Vitolins’s career are incorporated in the annotations. Opponents include the authors of this book as well as grandmasters Alexei Shirov, Vladimir Bagirov, Vladimir Tukmakov and other stars of Soviet and post-Soviet chess.
The book contains a new foreword specially written for the English edition by Genna Sosonko, who met Vitolins on several occasions.