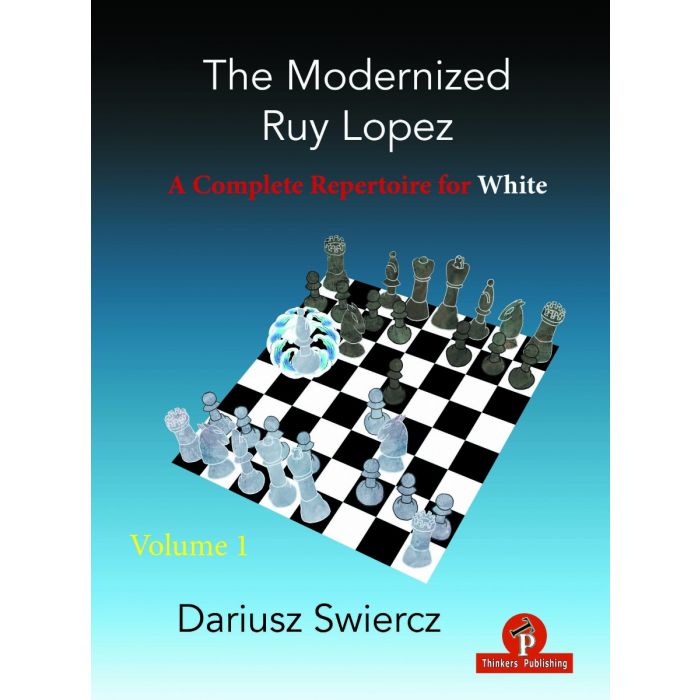 When I decided to write a book on the Ruy Lopez, covering a entire repertoire for White, I initially did not realize the volume of work that lay ahead of me. I have played the Ruy Lopez for many years with both colors and believed that I have good knowledge about this opening. I thought that armed with my knowledge I could easily write a book about it. Nothing could be further from the truth! While writing this book, I discovered that the number of resources and lines that Black has here is astonishing. To provide very good material that would satisfy not only the reader, but also myself, I decided to cover the entire opening in two volumes.

The first volume includes three parts. The first part is about Black’s alternatives to the modern major lines. Even though they are not as frequent as lines that I cover in subsequent chapters or volumes, I believe that it is good to know what to do in less popular variations too. After all, why would we study only (say) the Berlin Defense, leaving our opponents able to surprise us with the sharp Schliemann Variation? From a practical point of view, such a line would be very hard to face over the board from both chess and psychological perspectives. Basic knowledge of sidelines is therefore important.

The second part I devote to the extremely solid Berlin Defense. The amount of theory in this opening has grown exponentially in recent years, as basically all the top players go for it with at least one color. I will try to shed some light on this complex line and try to show different ways in which White can try to get an advantage out of the opening.

Finally, in the third part I discuss the Open Ruy Lopez. Similarly to the Berlin, the theory has developed immensely here in recent years. I will try to show some interesting lines and ideas that challenge this opening.

I would like to note one thing. Chess is a game where, with perfect play, Black should be always able to equalize. However, equal positions do not mean that the game should end in a draw. In many lines (especially in the Berlin), the positions are simply equal if Black does everything correctly. There is no way to prevent that. However, I aim to show lines that can possibly create practical problems for your opponents. Very often the objective evaluation does not really matter if a player knows what he or she is doing while his or her opponent does not. Having a clear idea about the plans and where to put one’s pieces, as well as a general “feeling” for the position, is way better than knowing that 0.23 is shown by an engine and not having any idea what to do next. And this is the primary goal of this book – to provide to the reader various ideas in the Ruy Lopez that could be used to the reader’s advantage in practical games. This would increase the chances of opponents making mistakes (by driving them out of their comfort zone) and therefore also your winning chances.

Your Jungle Guide to Chess Tactics