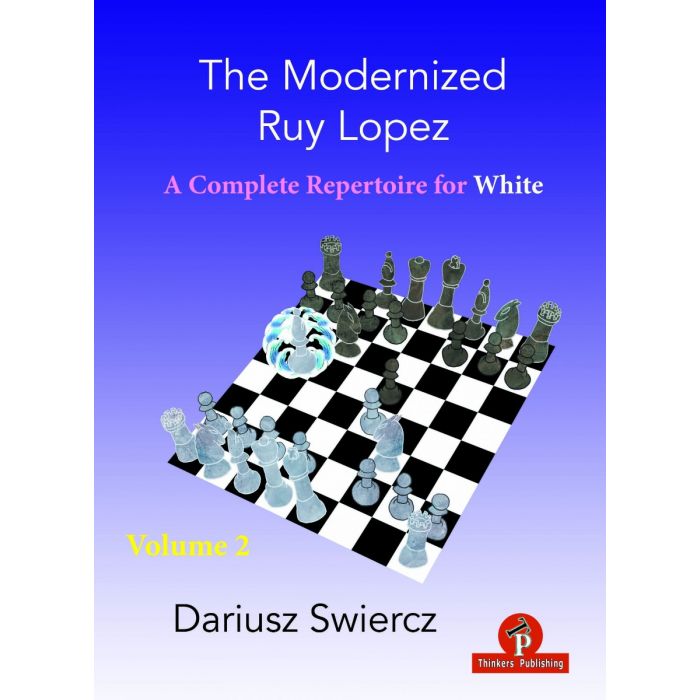 As I said in the introduction to the first volume, I had no idea what I was signing up for when deciding to write a book on Ruy Lopez. This opening has such a rich history and good reputation that proving advantages in many lines is nearly impossible. Writing the first volume on this opening was a Herculean effort and I thought “it cannot be more difficult”. After all, I was covering such solid variations as the Berlin and the Open Spanish. Well, I got surprised again! I am not exaggerating when I say that writing the second volume was at least as hard as writing the first one.

This second volume on the Ruy Lopez consists of two parts. In the first part I focus on modern systems with …Bc5, attempting to dissect both the Archangelsk and Moller Variations. These two variations have quite a rich history but in 2020 there have been several developments. If I had to name one person that contributed the most to the developments in those lines it is, without a doubt, Fabiano Caruana. His encounters in the Candidates Tournament in Ekaterinburg, then his theoretical discussion in those lines with Leinier Dominguez, revised my opinion on many of those lines and led to interesting discoveries that I analyze in this book.

In the subsequent part I discuss the Closed Ruy Lopez. It is easily one of the most popular openings throughout the history of chess with many games occuring as early as the 1800s. I suggest going for 9.h3 which usually leads to a positional battle. I present new trends and find new paths and ideas in such evergreen variations as the Zaitsev, Breyer, Chigorin and others. Additionally, I attempt to crack the Marshall Attack by suggesting the Anti-Marshall lines with 8.a4. I must admit that I thought that it would be a pretty easy task to analyze those openings having some prior analysis and experience with both colors. However, time after time I was encountering new challenges and new ideas from both sides that I had to resolve. My conclusions, based on careful analysis with the most powerful engines currently available is presented in this book.

This book completes my series on the Ruy Lopez.

I would like to take a moment and recall what I said in the introduction to the first volume. When both sides play very good and sound chess, it is normal that games end in a draw. It is especially true for such sound openings as Ruy Lopez. I do not attempt to dismiss one line or another because somewhere with best play Black can make a draw by force on move number 30, playing sometimes ridiculous moves that are only found during the analytical work. Over the board the reality is way different – practical aspect plays an important role in chess. Some positions are easier to play, some harder. Similarly to what I did in the first volume, I try to offer the most playable positions. I do not mind if the positions are equal, provided it is easier to paly with White or the chance of an error by Black is quite large. Sometimes I go into forced variations (e.g. in Moller Defense or Archangelsk Defense), sometimes into more positional battles (like in the Zaitsev) but I truly believe that the positions I aim to reach have potential and are tricky for Black. With proper knowledge I think White can put pressure on Black in the Ruy Lopez.

I hope that you will find my approach to tackling the Ruy Lopez interesting. I am aware that there is only so much I can analyze and someone may say that I did not analyze some positions deeply enough but that is the nature of chess – possibilities are pretty much unlimited and there will always be theoretical debate!

Finally, I wish you, dear Reader, good luck and I hope you can successfully use the ideas that I present in this book in your games.

Your Jungle Guide to Chess Tactics