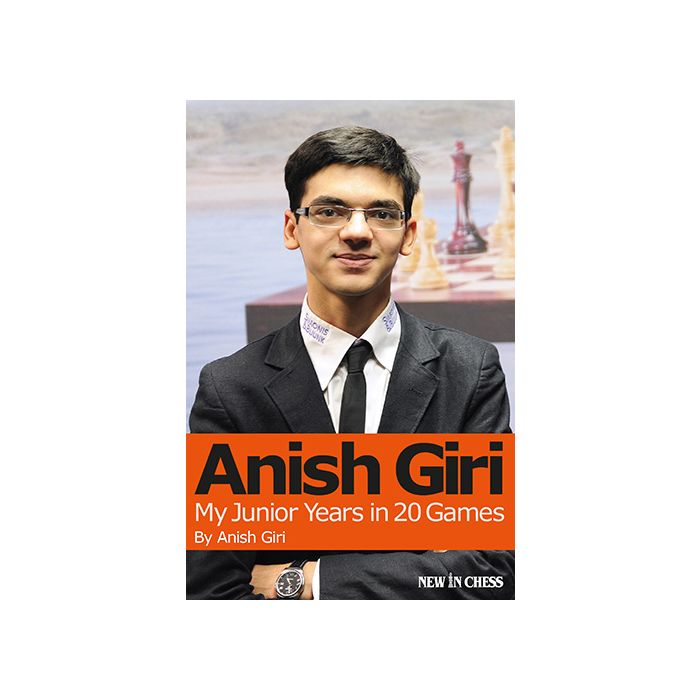 Born to a Russian mother and a Nepalese father, and raised in Russia, Japan and the Netherlands, Anish Giri can truly call himself an International Grandmaster. As a real globetrotter, he won the Russian U-12 championship while he was living in Japan.

Anish Giri became a chess grandmaster at the age of 14 years, 7 months and 2 days. At the time, in 2009, that meant he was the youngest grandmaster in the world. Few doubt that in the years ahead he will play a prominent role in the fight for the chess world championship.

Starting from the January 2013 list, Anish was the leading junior player in the FIDE world rankings. That position he inevitably lost on the 28th of June 2014, when he turned 20 and stopped being a Junior. His sights are now set on higher goals.

Anish is not only an exceptional player. As Contributing Editor to New In Chess, he has shown that he is also a talented writer with a profound knowledge of the game, a great sense of humour and contagious enthusiasm.

In this games collection, the young Dutch grandmaster sketches his rise to the chess elite and presents 20 fondly remembered games in his trademark style: instructive, witty and delightfully unimpressed by reputations.

IM John Donaldson, ChessToday:
"The games are thoroughly and instructively annotated (..) An excellent book and one that deserves a place in every chess player's library."

Arne Moll, ChessVibes:
"Giri doesn't only provide middlegame fireworks and useful opening explanation - in fact, I was most impressed by some of the endgames in his book (..) Anish Giri has made quite a mature contribution to chess literature."