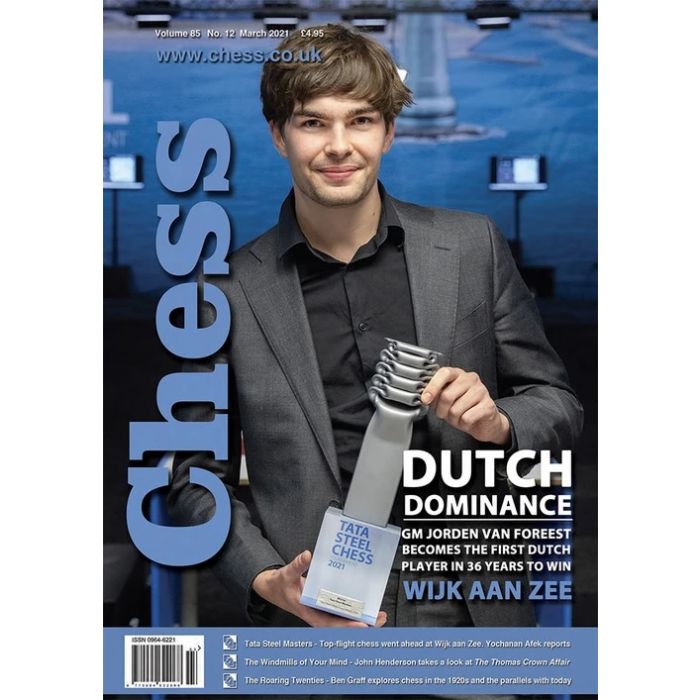 Editorial - Malcolm Pein on the latest developments in the game

How Good is Your Chess? - Daniel King presents one of the games of Wijk,Wojtaszek-Caruana

Identifying the Goal - Amatzvia Avni on defending, manoeuvring and converting

2020: The Year of the Great Clear-Out - (And how a plastic record survived it), by Geoff Chandler

Find the Winning Moves - Can you do as well as the players in the Champions Chess Tour?

Refining Fine: Part One - Aidan Woodger updates us with his research into Reuben Fine