The Invincible, 1972 - 1992
Author
Tibor Karolyi
Sample Pages
Out of stock 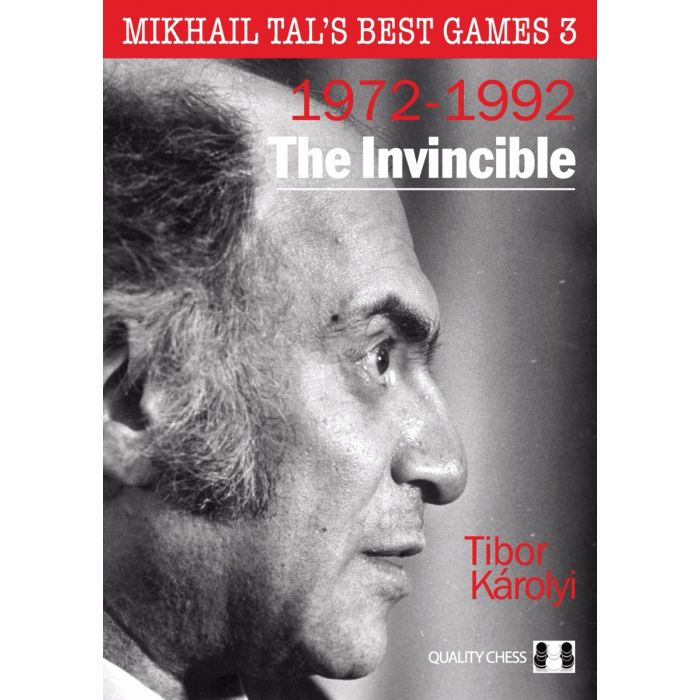 In this, the third and final volume of his landmark series, award-winning author Tibor Károlyi concludes his investigation into the life and career of Mikhail Tal, the most entertaining and popular world champion of all time.

This book covers the final two decades of Tal’s life and games, from 1972 until his death in 1992. Despite being more than a decade removed from his world title reign, the early 1970s saw Tal rewrite chess history with two record-breaking unbeaten streaks. Other highlights include victory in the Montreal 1979 Tournament of Champions, and winning the World Blitz Championship in 1988.

Despite Tal’s unbeaten streaks and more mature playing style, his attacking flair did not desert him, and the reader will find many more delightful sacrifices and creative gems from one of the most remarkable careers in chess history. As in the previous volumes, insightful chess analysis and biographical research is complemented by anecdotes from famous players who share their memories of Tal “The Invincible”.

International Master Tibor Károlyi was Hungarian Champion in 1984 and is renowned as both an author and a trainer. He won the Guardian Book of the Year prize in 2007.