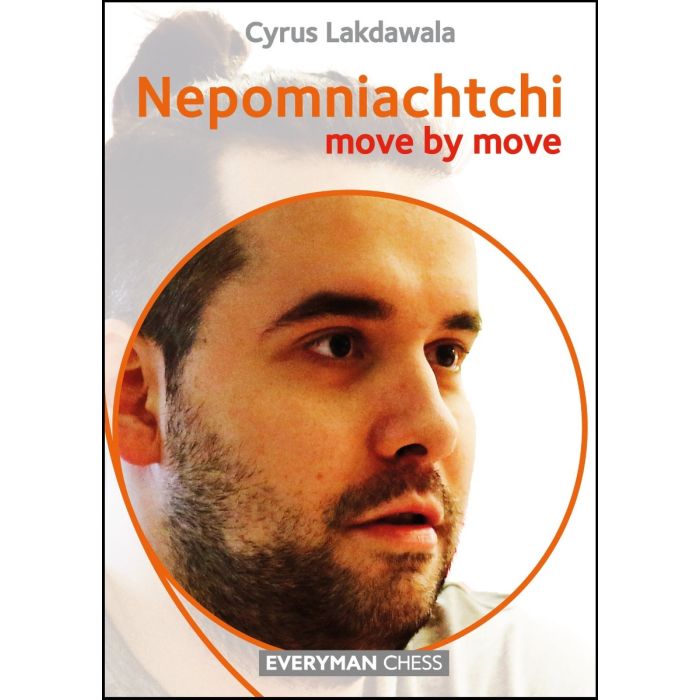 Ian Nepomniachtchi, challenger to Magnus Carlsen’s World Championship title in 2021, is an outstanding chess talent. “Nepo” as he is universally known is a fascinating player and this book assesses his career and analyses his original and creative style in great depth with numerous deeply annotated games.

Nepo is one of the very few players in the world to hold (at least prior to the match) a plus score (four wins to one with six draws) against Carlsen in classical chess. Nepo and Carlsen are peers and first started playing each other in the Under-12 category of the World Youth Championship in 2002. In that event, Nepo edged out Carlsen on tie-break. At that time he out-rated Carlsen by 100 points and was generally considered to be the more promising of the two prodigies.

Nepo is a fascinating player who loves open and irrational positions and excels when on the attack. Unsurprisingly, he cites Mikhail Tal as his all-time favorite player and says Tal is the player who has exerted the greatest influence on him. As with that great Latvian genius, Nepo thrives on anarchy and chaos and has frequently got the better of Carlsen in games with mind-boggling complications. He is also lethal when he has the initiative.

Nepo has steadily climbed the world rankings and his finest achievement was his victory in the 2020/2021 Candidates’ tournament with 8½/14 points (+5-2=7) which gave him the right to challenge Carlsen for the world title.

Cyrus Lakdawala is an International Master, a former National Open and American Open Champion, and a six-time State Champion. He has been teaching chess for over 40 years, and coaches some of the top junior players in the U.S.

Tactical Training in the Endgame