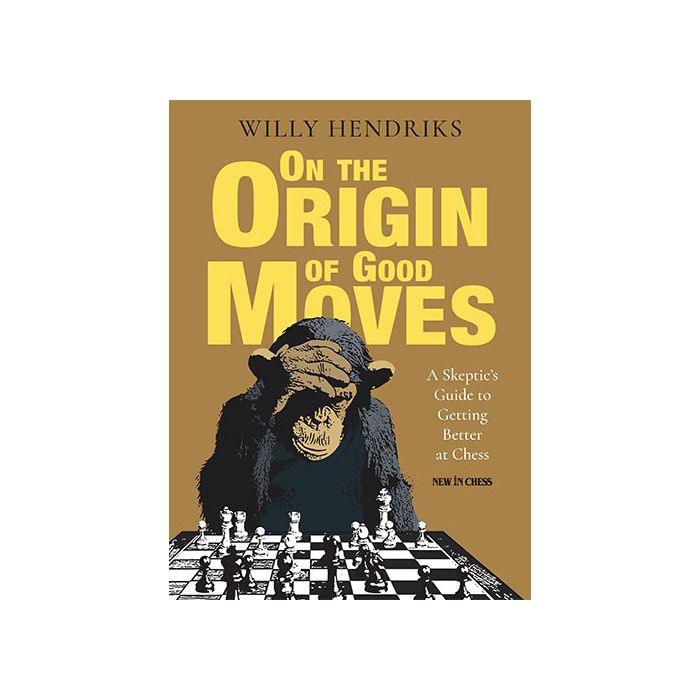 The way a beginner develops into a strong chess player closely resembles the progress of the game of chess itself. This popular idea is the reason why many renowned chess instructors such as former World Champions Garry Kasparov and Max Euwe, emphasize the importance of studying the history of chess.

Willy Hendriks agrees that there is much to be learned from the pioneers of our game. He challenges, however, the conventional view on what the stages in the advancement of chess actually have been. Among the various articles of faith that Hendriks questions is Wilhelm Steinitz's reputation as the discoverer of the laws of positional chess.

In The Origin of Good Moves Hendriks undertakes a groundbreaking investigative journey into the history of chess. He explains what actually happened, creates fresh perspectives, finds new heroes, and reveals the real driving force behind improvement in chess: evolution.

This thought-provoking book is full of beautiful and instructive ‘new’ material from the old days. With plenty of exercises, the reader is invited to put themselves in the shoes of the old masters. Never before has the study of the history of chess been so entertaining and rewarding.

International Master Willy Hendriks (1966) has been working as a chess trainer for over 25 years. His acclaimed bestseller Move First, Think Later won the English Chess Federation Book of the Year Award.

“An extremely interesting book. It’s a real page-turner because Willy Hendriks’ has a pleasantly light touch and a cool sense of humour. You can’t help but learn a lot from this book.”-- Bab Wilders, Nederlands Dagblad

“Goes right in somewhere very near the top of my favourite chess books of all time. I found it well researched, endlessly fascinating, always thought-provoking, often digressive, sometimes provocative and sometimes extremely funny. If you have any interest at all in the development of chess ideas this will be an essential purchase. If you want to improve your rating you’ll find a lot of inspiring suggestions. It’s certainly a book I’ll return to over and over again.” -- Richard James, British Chess News

“Willy Hendriks’ book is terrific. It totally changed my view on the history of chess.” -- GM Erwin l’Ami

“There are some quite interesting challenges to widely held viewpoints. The subject matter is fascinating and IM Hendriks’ continued insistence on turning standard logic on its ear makes for compelling reading.” -- Chris Wainscott, On the Road to Chess Master

“It’s a little surprise that evolution is the driving force behind improvement in chess, but along the way, as well as puling a few punches, Hendriks presents a large amount of often beautiful and still very instructive material.” -- CHESS Magazine

“It was again an absolute joy to read. Hendriks has written another masterpiece.”
-- Helmut Froeyman, Schaken-Brabo

“Willy Hendriks lectures on the history of chess and shatters a fair amount of dogma’s. Because of his humorous style and acerbic wit, the book fascinates until the last page. Both ambitious players and those who love stories from the old days are in for a treat.” -- IM Mark Haast, Schaaksite

“Hendriks shows that the conventional opinions are often based on only a handful of widely known fragments. The author’s sense of humor make this hefty book (36 chapters, more than 400 pages) very nicely readable, as do the many exercises.” -- IM Jeroen Bosch, Schaakmagazine

“A devastating revisionist take on the evolution of chess theory and practice.” -- David R. Sands, The Washington Times

“Hendriks does a masterful job of showing how the standard story fails, and why. What makes the book delightful is that he does so with spectacular examples and loads of entertaining stories (..) I’m certain that On the Origin of Moves is the most important and original work written about the evolution of chess ideas. Furthermore, he has made this subject accessible, easily comprehensible, and fun to boot.” -- IM John Watson, Chess Life Magazine