The Truth About My Father
Sample Pages
Out of stock 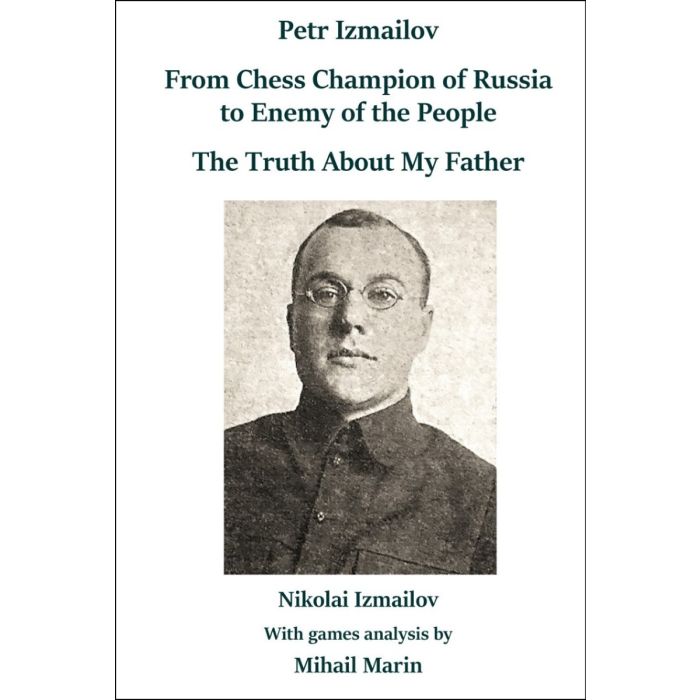 Petr Izmailov was considered to be one of the top four players of the Soviet Union in 1929 according to Yuri Averbakh, and he was ranked around number 50 in the world at the time based on Chessmetrics methodology. Izmailov won the 1928 Championship of Soviet Russia, reached the last four of the 1929 Soviet Championship, and had a 2/2 lifetime score against Botvinnik. He was a regular winner of Siberian regional and city championships as well as a pioneer in some openings, playing a line similar to the Makogonov Attack against the King’s Indian more than ten years before Makogonov himself.

Izmailov, like many players of his generation, fell victim to Stalin’s purges. He was arrested on spurious charges in 1936 and executed in 1937. His name was then mostly expunged from the Soviet chess press for over 50 years.

At the time of Petr’s arrest, his son Nikolai was less than two years’ old. Once the Soviet-era archives opened up, Nikolai set out to reconstruct the life and chess career of the father he never knew. This book is the result of his research over many years. It contains as complete a tournament record of Izmailov as could be found, as well as all 25 games and fragments that were reported in the contemporary press. At the time of this book’s publication in English Nikolai is a sprightly 86-year old great-grandfather.

All games and fragments have been thoroughly analyzed in this book in move-by-move style by Romanian Grandmaster and leading chess author Mihail Marin. While his analysis is in itself highly instructional Marin has provided a comprehensive historical background to the chess openings deployed in these games, often showing their origin, contemporary treatment by such masters as Alexander Alekhine and Jose Capablanca, and how they have evolved to modern interpretation by today’s leading grandmasters, such as Magnus Carlsen and Anish Giri.  This book will hence be of interest both to practical players wishing to improve their play and fans of chess history.