An ideal weapon for those who love to attack
Sample Pages 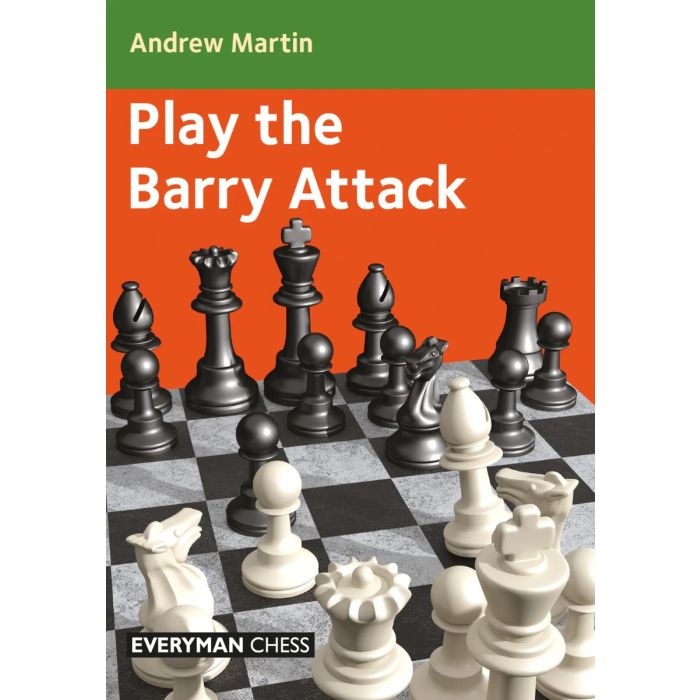 The Barry Attack is a highly aggressive system that arises after 1 d4 Nf6 2 Nf3 g6 3 Nc3 d5 4 Bf4. Although the concept of the Barry Attack has been known for a century or so, the modern interpretation (as with a number of other dynamic white systems) has mainly been developed by English grandmasters over the past couple of decades.

This “modern interpretation” is often not very subtle. If Black provides a target by castling early on the kingside, White will often let rip with moves such as Qd2, Bh6, 0-0-0 and h4-h5, playing very directly for a quick checkmate. If this strikes you as too crude to have a chance against a sophisticated and competent defender, then a quick glance through this book will undoubtedly change your mind. You will witness countless games where very strong players are destroyed on the black side in less than 30 moves. Sometimes a lot less.

This makes the Barry an ideal weapon for those who love to attack. Black’s defence has to be very accurate. If not, a quick annihilation is on the cards.

Play the Barry Attack is the ideal guide to this fascinating opening. Anyone who reads this book carefully and studies all White’s attacking ideas will have a fearsome weapon in their armoury.

Andrew Martin is a FIDE Senior Trainer and International Master. He teaches in twelve schools, is an experienced chess writer and has produced numerous chess DVDs.