The Life and Games of Vasily Smyslov Volume 1

The Life and Games of Vasily Smyslov Volume 1 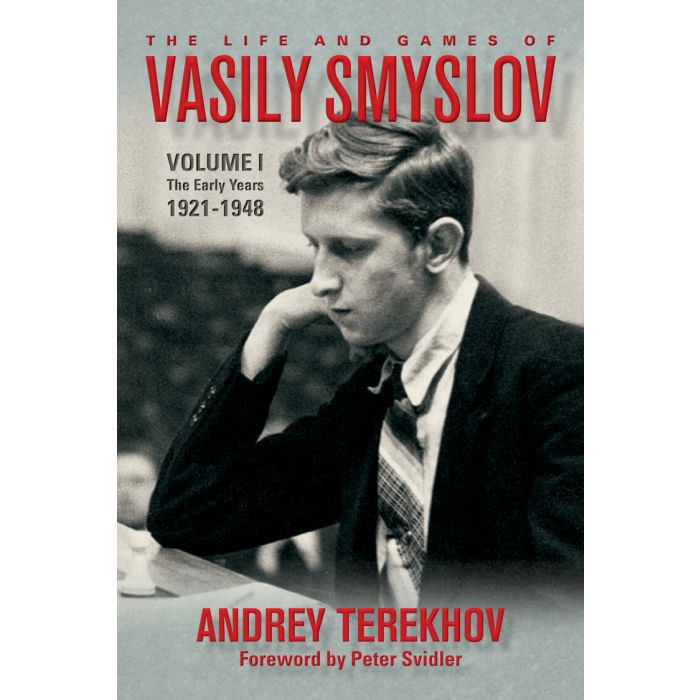 Vasily Smyslov, the seventh world champion, had a long and illustrious chess career. He played close to 3,000 tournament games over seven decades, from the time of Lasker and Capablanca to the days of Anand and Carlsen. From 1948 to 1958, Smyslov participated in four world championships, becoming world champion in 1957.

Smyslov continued playing at the highest level for many years and made a stunning comeback in the early 1980s, making it to the finals of the candidates’ cycle. Only the indomitable energy of 20-year-old Garry Kasparov stopped Smyslov from qualifying for another world championship match at the ripe old age of 63!

In this first volume of a multi-volume set, Russian FIDE master Andrey Terekhov traces the development of young Vasily from his formative years and becoming the youngest grandmaster in the Soviet Union to finishing second in the world championship match tournament. With access to rare Soviet-era archival material and invaluable family archives, the author complements his account of Smyslov’s growth into an elite player with dozens of fascinating photographs, many never seen before, as well as 49 deeply annotated games. German grandmaster Karsten Müller’s special look at Smyslov’s endgames rounds out this fascinating first volume.

[This book] is an extremely well-researched look at his life and games, a very welcome addition to the body of work about Smyslov…
-- from the Foreword by Peter Svidler

St. Petersburg native Andrey Terekhov is a FIDE Master, an ICCF International Master (correspondence chess) and holds a Ph.D. in Computer Science. His best results at the board were victories in the 2008 Munich Open and the 2012 Nabokov Memorial. He currently resides in Singapore.

Smyslov on the Couch