A really thorough look at the Stonewall using modern computer engines and hours of analysis.
Author
Milos Pavlovic
Sample Pages
Out of stock 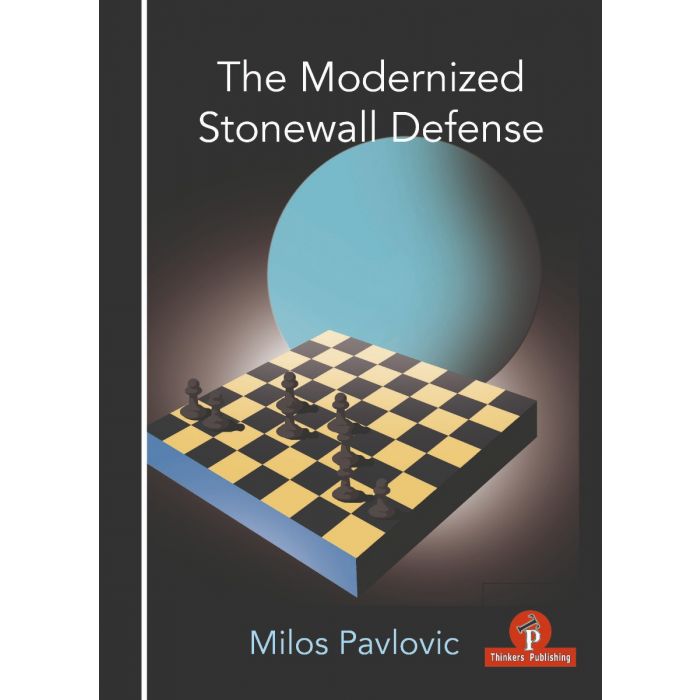 The Dutch Defense is an old opening. A seriously old opening. So old, in fact, that in large part it currently has the reputation of not really causing a well-prepared White player to fear losing. That is especially the case with the variant of it I am analysing in this book: the Stonewall (in which Black continues with …e6 and …d5). I intend to show that that impression is mistaken.

First things first: it’s a very positional opening. In contrast to the King’s Indian (which shares the feature of having few early piece or pawn exchanges) play moves slowly and despite there obviously being some sharp lines, the absolute prerequisite for playing the Stonewall Dutch is that you understand positional chess. The first person to really understand the strategic themes at play here, and develop decent plans for Black was sixth world champion, Mikhail Botvinnik. From which it should be clear that positional doesn’t necessarily mean easy.

There have been many revolutions in how chess players view tactical play or opening strategy. However, for me it is fitting that the resurgence of the Stonewall is coming at the exact time that strategic chess is being redefined by Carlsen. It is an echo of when the opening was first introduced: Botvinnik, the ‘Patriarch’ of the Soviet chess school, with its discipline and its principles, produced a similarly seismic shift in how people viewed positional play at the time.

The positional themes in this opening are incredibly complex. We’ll get into it more later but let me just explain some of the confounding factors. From Black’s perspective, playing with a hole on e5 is very much an ‘acquired taste’, in spite of the ideas that have already been found to counterbalance it, such as a queen (or bishop) transfer to h5, or launching the f-pawn against the enemy king.

From White’s perspective, the seemingly amazing g2-bishop, which is so well placed in other Dutch lines, can often find itself biting on granite (hence stonewall) and therefore he’s best off trying to leverage his extra space and the time it takes BLack to develop the c8-bishop. Interestingly, both sides often trade their ‘good bishops’ for the knights that entrench themselves just over the half-way line on e4 and e5 respectively. Since this is a book for Black, I’ll occupy myself more with his plans and ideas, but both sides would benefit from thinking flexibly and pragmatically.

One thing that (in my opinion) hadn’t really been done before is a really thorough look at the Stonewall using modern computer engines (and over a thousand hours of analysis). While the opening is definitely all about understanding, wouldn’t you prefer to benefit from some fresh ideas and knowledge of which the best move orders might be, as well as which plans have hidden holes in them? Thus, the idea for this book was formed. I’ll be looking at both the classical approach where Black plays …Be7 and the ‘modern’ approach with …Bd6. In openings that are based on understanding, it’s always helpful to look at older approaches to the same problem, and compare our thoughts with those of our predecessors.

The Stonewall Dutch - A Fighting Repertoire against 1.d4