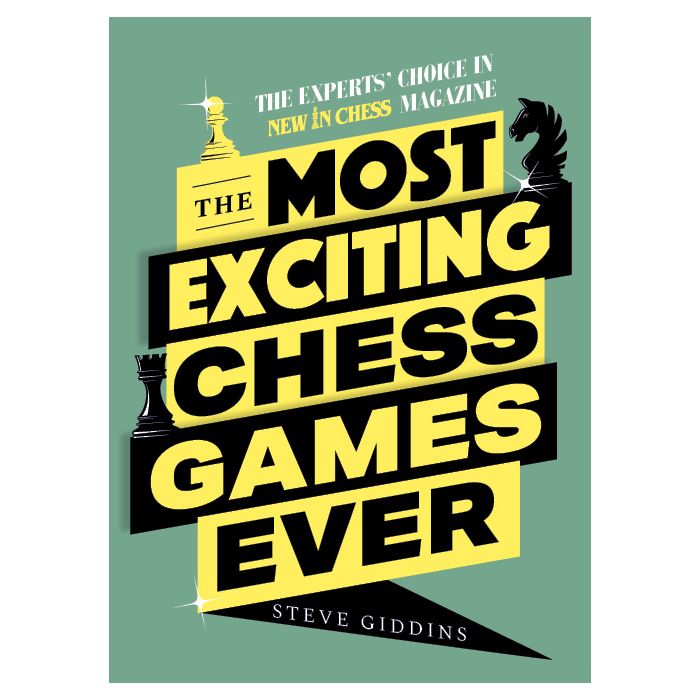 Will be published in August 2022

Twenty years ago New in Chess magazine introduced a back page column in which a chess personality is asked to name their favourite items in many areas: food, drink, films, art, music, etc. One of the questions has always been: What is the most exciting game of chess you ever saw?

After dozens of such questionnaires, a large body of games was nominated by chess greats such as Anand, Shirov, Short, and Ivanchuk and chess aficionados such as Jeremy Silman, Jennifer Shahade, and Tania Sachdev. This anthology presents the 45 most exciting of these most exciting games.

Naturally, excitement, like beauty, is in the eye of the beholder. The reader will find some well-known games. Included are the classic tactical slugfest Kasparov-Topalov (Wijk aan Zee 1999) and the immortal game Anderssen - Kieseritzky (London 1851), but also a decisive last-round battles between Karpov and Kasparov (Match/24 1985) and a strategic masterpiece by Botvinnik versus Capablanca.

Even more inspirational are the lesser-known gems. Ding Liren revels in an all-out attack. Ivan Saric juggles a knight and five pawns versus two rooks. And Sergei Radchenko chases the White king all over the board. Every game is a showcase of the richness and resourcefulness of chess.

Steve Giddins edited this book, a job he greatly enjoyed: ‘I hope that every reader will find games here which bring a smile to their face and a lift to their heart’.