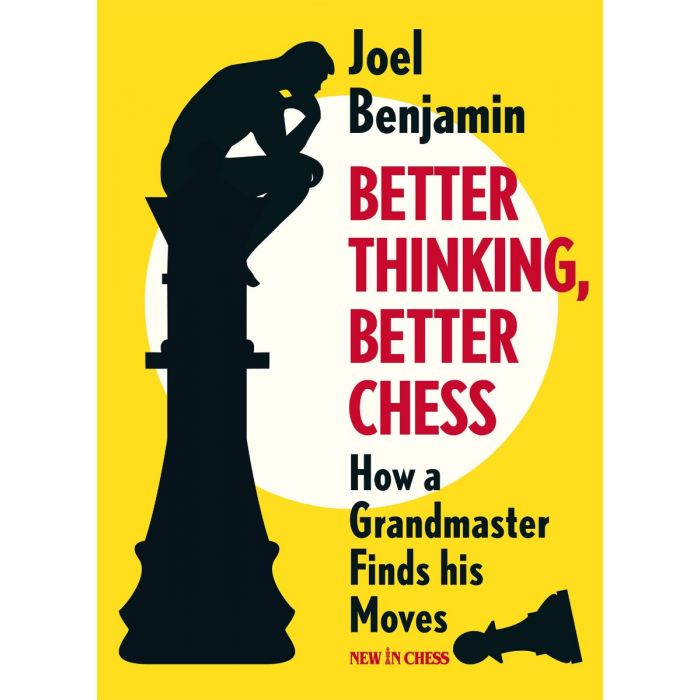 Finding strong moves doesn't simply depend on how much you know about chess. In fact, greater conceptual knowledge makes choosing a move more complex as it increases the number of directions your mind can take. More important is optimizing your thought process.

Grandmaster Joel Benjamin knows that pointing out the moves his students missed is just half the job. They need to understand that they were looking in the wrong direction.

Chess engines offer little help in this because they can’t explain why you went astray. What’s more: an engine may send the wrong message! Many chess players don’t realise that the top computer move frequently isn’t the best move to play during the game.

This book will improve the structure and effectiveness of your decision making process. You will learn to:
-- choose between two attractive continuations
-- avoid taking the wrong direction at the start of your deliberations
-- know when it is necessary to spend more time
-- recognize unlikely moves
-- understand when you need to sacrifice material
-- and much more.

By applying a grandmaster’s train of thought you will more often arrive at strong moves and substantially improve your game.

Sean Marsh, CHESS Magazine (UK):
"It is quite clear that Joel Benjamin has put a lot of time and effort into this book. I feel this could go on to become one of 2019’s ‘greatest hits."

Carsten Hansen, 5-star review in American Chess Magazine:
"Throughout the book, the reader is challenged to make decisions, come up with plausible moves to analyze, weigh up different factors for positional evaluations and so forth. For players rated up to at least 2200, there is much to be learned from this book and even stronger players will find a lot of valuable material."

International Master John Donaldson:
"A solid mixture of instruction and training that will help players rated between 2000 and 2400 in thinking more effectively during their games. Highly Recommended."

John Hartmann, Chess Life Magazine:
"Clear and accessible without sacrificing complexity, and funny. The explanations are exemplary. Insightful, well-structured and it fulfils the promise of its title."

Miguel Ararat, Gainesville Chess Training:
"One of the most complete and reader-friendly guides to improve our chess thinking process. A must for every chess player and coach."