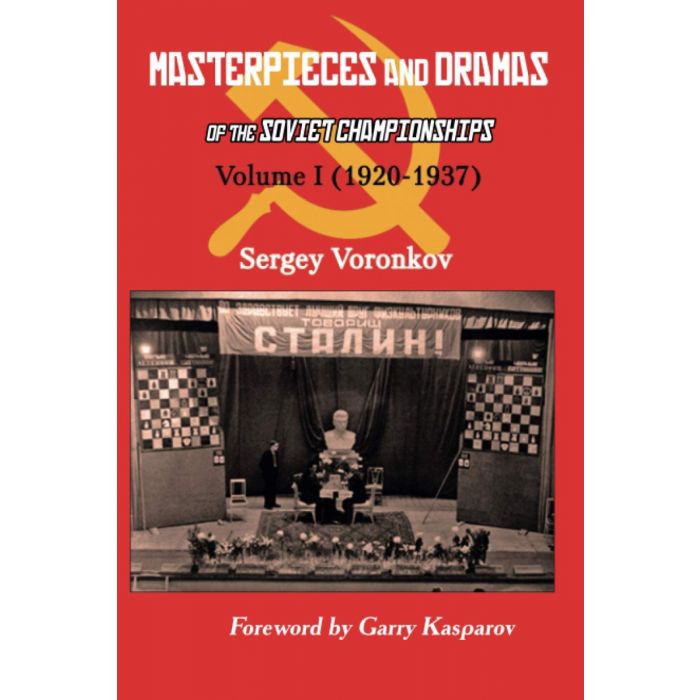 In his three-volume treatise, leading Russian chess historian Sergey Voronkov vividly brings to life the long-forgotten history of the Soviet championships held in 1920-1953. Volume I covers the first 10 championships from 1920-1937, as well as the title match between Botvinnik and Levenfish. The key contestants also include world champion Alekhine and challenger Bogoljubov, lesser-known Soviet champions Romanovsky, Bogatyrchuk, Verlinsky, and Rabinovich, and names that today will be unfamiliar yet were big stars at the time: Riumin, Alatortsev, Makogonov, Rauzer, Ragozin, Chekhover, and many others.

This book can be read on many levels: a carefully selected collection of 107 of the best games, commented on mostly by the players themselves, supported by computer analysis. A detailed and subtly argued social history of the Soviet Chess School and of how chess came to occupy such an important role in Soviet society. A discussion of how the chess community lost its independence and came to be managed by Party loyalists. A portrayal of how the governing body and its leader, Nikolai Krylenko, strived to replace an entire generation of free-thinking chess masters with those loyal to the state. A study of how the authorities’ goals changed from wanting to use chess as a means of raising the culture of the masses to wanting to use chess to prove the superiority of the Soviet way of life. Or a sometimes humorous, often tragic history of talented, yet flawed human beings caught up in seismic events beyond their control who just wanted to play chess.

This book is illustrated with around 170 rarely seen photos and cartoons from the period, mostly taken from 1920s-1930s Russian chess magazines.

As Garry Kasparov highlights in his foreword “this book virtually resembles a novel: with a mystery plot, protagonists and supporting cast, sudden denouements and even ‘author’s digressions’ – or, to be exact, introductions to the championships themselves, which constitute important parts of this book as well. These introductions, with wide and precise strokes, paint the portrait of the initial post-revolutionary era, heroic and horrific at the same time. I’ve always said that chess is a microcosm of society. Showing chess in the context of time is what makes this book valuable even beyond the purely analytical point of view.”