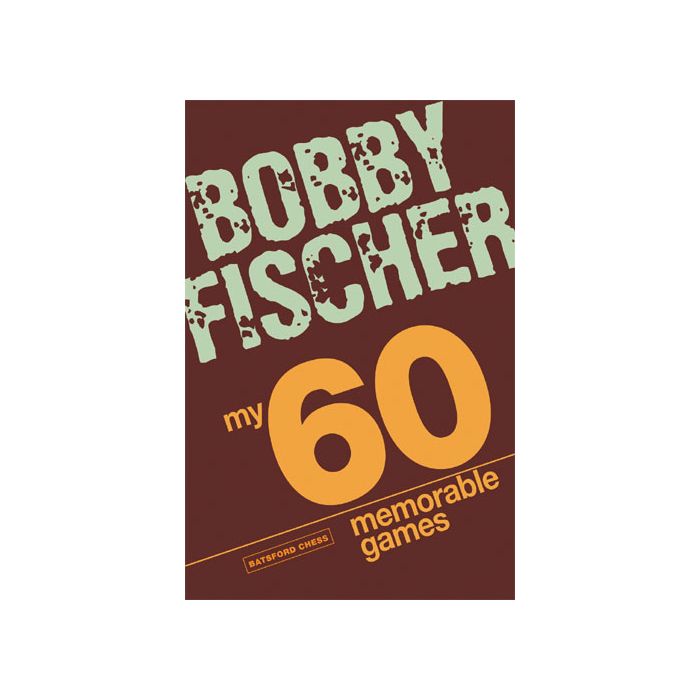 A rare window into the mind of a chess icon, My 60 Memorable Games is perhaps the most inspirational and influential chess book ever written.

First published in 1969, it contains Bobby Fischer’s objective, honest and self-critical annotations to games he had won, drawn and even lost in the period from 1957 to 1967 – but from which he had also learned valuable lessons.

Reading Fischer’s intensely personal commentaries is like going back in time and watching live coverage of his over-the-board battles with the leading players of his day. Soon he would become the greatest of them all.

In contrast with the previous edition of this book, no alterations have been made to the text other than the conversion of moves into algebraic notation, making this an updated yet accurate reflection of the original book.

• One of the most important chess books ever written re-issued
• Lucid writing from a chess genius on 60 of his best games
• His thoughts on the chess strategies, tactics and psychological battles
• Bobby Fischer in his own words with no controversial  changes

American-born chess grandmaster Bobby Fischer became amous as a teenager for his phenomenal chess-playing ability. In 1972, at the height of the Cold War, he won the world title from the Russian Boris Spassky in a gripping match that generated worldwide media interest.

Fischer not only played brilliant chess but raised the game to new levels of professionalism and his influence is still felt strongly today.