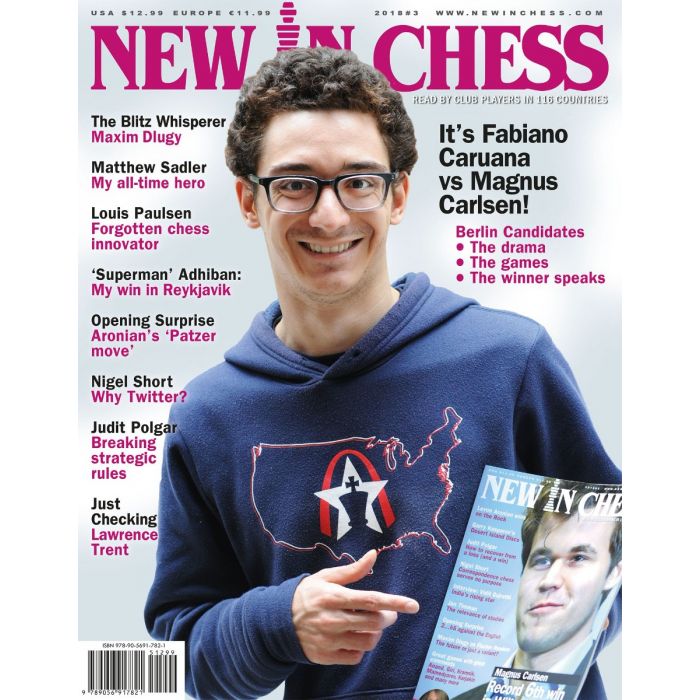 The FIDE Candidates tournament in Berlin brought more drama, hypnotizing clashes and permanently shifting story lines than any pundit could have foreseen. Fabiano Caruana kept his cool and became the first American Challenger since Bobby Fischer in the unified World Championship.

The World Championship purse
Over the years the prize-money for the world title match has decreased significantly.

Column Judit Polgar
There is beauty in breaking strategic rules.

The Blitz Whisperer
In his new column, Maxim Dlugy reveals the secrets of blitz, the most popular form of chess on our planet.

Secrets of Opening Surprises
On more than one occasion Levon Aronian has been successful with a Patzer move that fails to impress at first sight.

The spirit of Fischer in Reykjavik
In a vivid and highly personal account (what else would you expect?), Adhiban Baskaran describes why he had to win the Reykjavik Open and how he did it.

Another Anand victory
Jan Timman looks at Anand’s impressive showing in the Tal Memorial in Moscow.

Louis Paulsen (1833-1891)
A reappraisal of the 19th-century German master Louis Paulsen, one of the chief pioneers of the modern school.

Short Stories
For years he had looked in perplexity at the medium until Nigel Short warmed to Twitter.

Sadler on Books
Amid a fine crop of new books, Matthew Sadler was rightly curious about a fascinating account of a period in Alekhine’s life that is shrouded in mystery.

An epiphany
Hans Ree remembers the painful moment when he felt that he couldn’t play chess anymore.