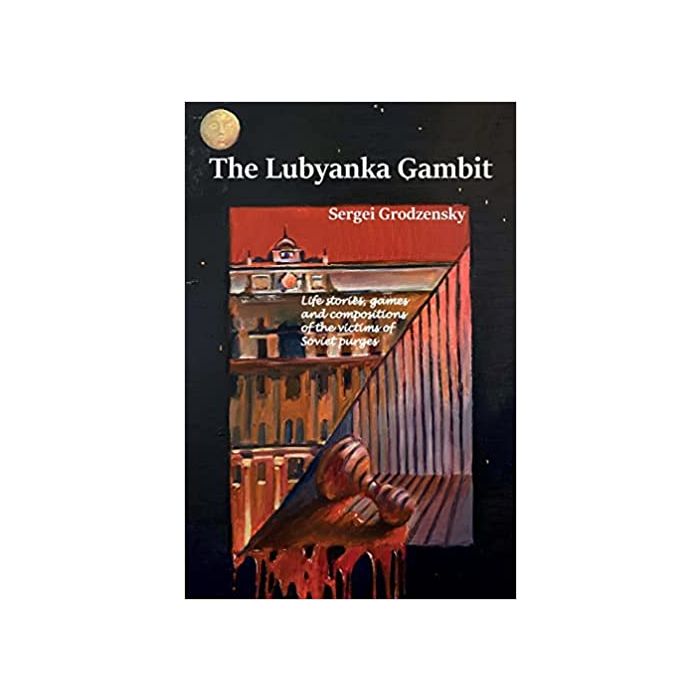 First published in Russian in 2004 and now available in English for the first time, The Lubyanka Gambit is a classic work investigating the darkest side of chess history in the Soviet Union. It is the culmination of nearly two decades of research by Correspondence Chess Grandmaster, historian and human rights campaigner Sergei Grodzensky, whose own father was sent to the Gulag in Stalin’s times.

It describes the careers and life stories, based on archival documents and witness testimony, of Soviet chess composers, players and famous amateurs who were repressed by the Soviet authorities, ending up either executed or sent to the Gulag. Featured names include Lazar Zalkind, Arvid Kubbel, Vladimirs Petrovs, Petr Izmailov, Georgy Schneideman, Nikolai Krylenko and Natan Sharansky, among many others. The theoretical contribution to the history of composition is one key theme in this work.

The Lubyanka Gambit also looks in detail at the historical context of the purges of chess players and describes how chess was played by prisoners in the Gulags and internal exile. Perhaps the icing on the cake is provided by Grodzensky’s personal memories of the Soviet Union’s foremost Gulag writers Alexander Solzhenitsyn (his schoolteacher) and Varlam Shalamov (his father’s close friend).

This book contains 72 full games and fragments analyzed by the participants, contemporaries, the author and other leading players, as well as 145 computer-checked compositions.