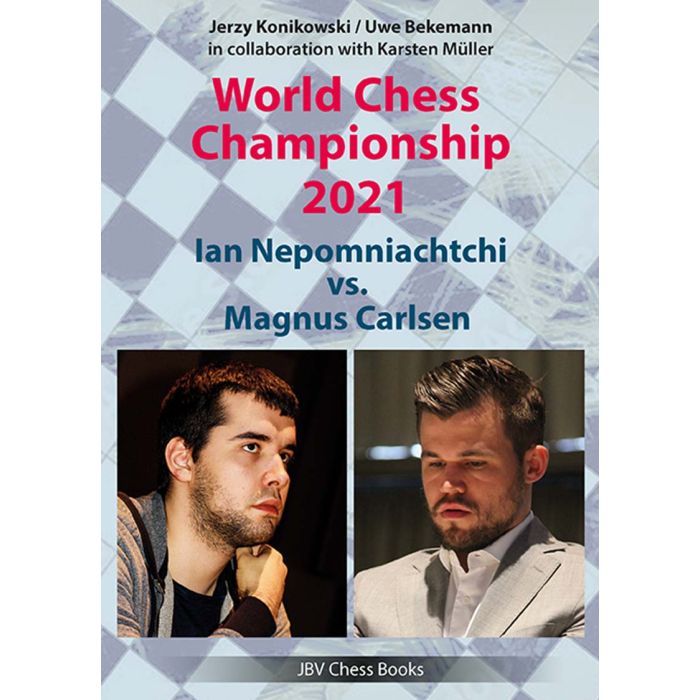 Whenever the world champion has to defend his crown against a challenger, it's not only chess fans who are watching, but the whole world. This exciting scenario was originally planned for December 2020, when the Russian Ian Nepomniachtchi was supposed to meet the Norwegian title holder Magnus Carlsen in Dubai. The Covid-19 pandemic, however, caused a stalemate situation and the whole event had to be postponed for one year. On November 24, 2021, the match, which was scheduled for 14 classical games, finally took off.

For the defending champion – still 30 years old on the opening day - this was already the 5th title fight, while his opponent from the same year of birth was going to play at the highest level for the first time. As number 1 in the world rankings with an Elo rating of 2856, Carlsen went into the match as a favorite. Nepomniachtchi was listed as number 5 with the slightly lower Elo 2782. Even so, some experts believed he was capable of winning the chess crown. Their opinion was based on the fact that Nepo was after all the only player in the world with a positive score against Carlsen in classical chess.

Should the scheduled 14 classical games not lead to a decision, the winner would have to be determined in a tie-break. First four rapid games, possibly followed by blitz games and, as a last resort, by an Armageddon. In some publications it was said that Nepo could also have a chance in these disciplines. As it quickly turned out, however, a tiebreak was not necessary.

The authors have analyzed all match games in detail and written entertaining and understandable comments. In addition, the first chapters portray the protagonists using biographical sketches, previous personal encounters and some highlights from their way to the final. Some Interviews, predictions before the fight and exercises complete the book.